The obverse design is by Sir Joseph Edward Boehm and the reverse by Benedetto Pistrucci .

Although 940,000 sovereigns were minted, many were melted down when sent overseas. This sovereign is therefore a little harder to source. 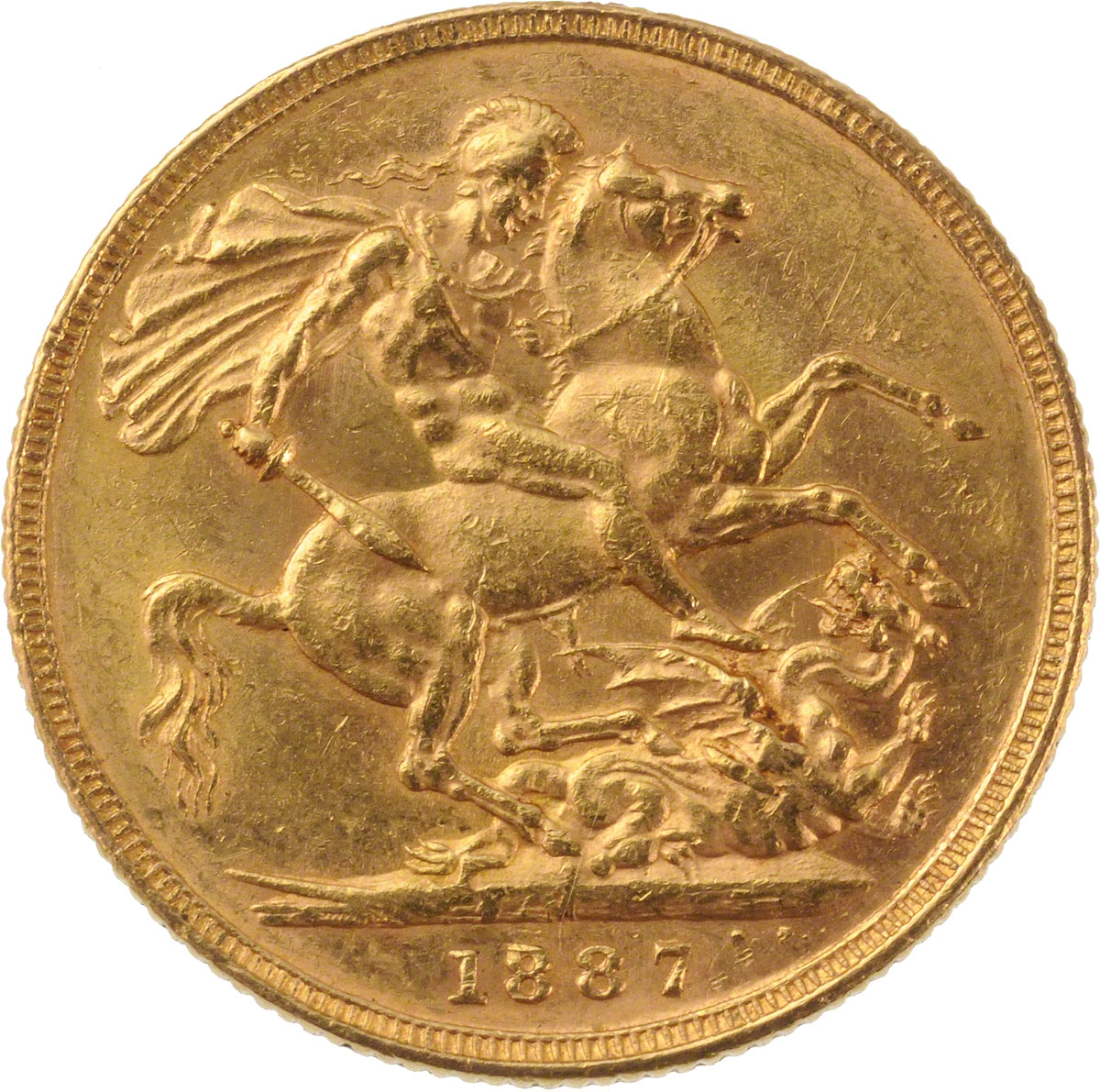 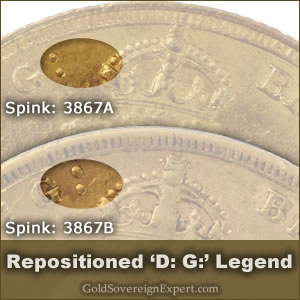 1887 is a key year for the gold sovereign. A total of 7 variations were produced, the most for any year.

Victoria 'yound head' sovereigns were minted in Sydney and Melbourne, using both the St. George & Dragon and the shield design. It was the last time the shield design by Jean Baptiste Merlen was used.

Shield back sovereigns were primarily issued for export to India as they were accustomed to that design.

With Queen Victoria entering her jubilee year, the obverse design also changed from the 'young head' by William Wyon to the 'jubilee head' by Sir Joseph Edward Boehm. The jubilee head soveign was minted in London, Melbourne and Syney, all carrying Pistrucci's St. George reverse design.

There are no official records that separate the mintage figures for Melbourne mint 1887 shield and St. George sovereigns. Therefore, the mintage number quoted includes both types. All that is known is that the majority of sovereigns produced were of the St. George & Dragon design.

Fast forward 115 years to Queen Elizabeth's Golden Jubilee year in 2002 and we see the one-off re-introduction of a sheild design sovereign.