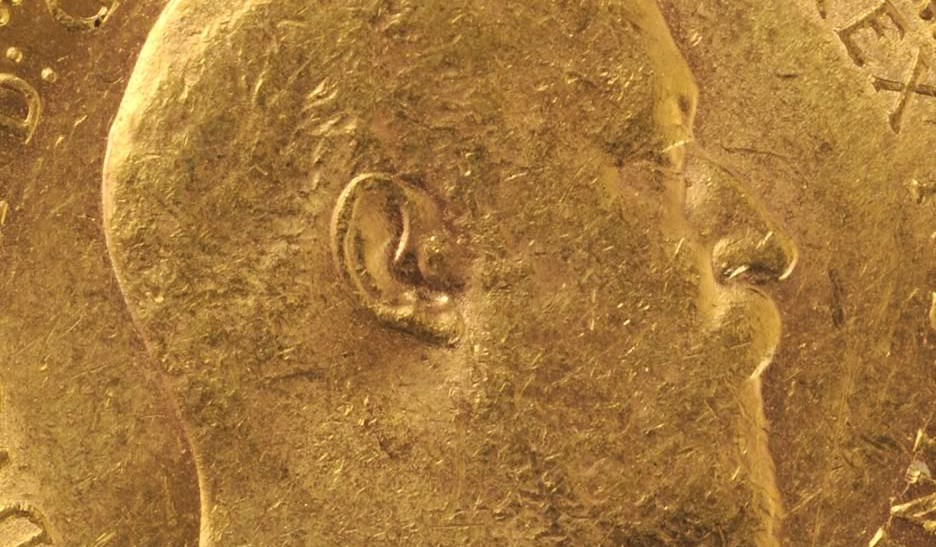 While some of the individuals profiled on Gold Sovereign Expert were concerned solely with designing or engraving, George William de Saulles was a true all-rounder, who designed, modelled and engraved the majority of his coins and medals.

He honed these skills during a varied period of training, apprenticeship and early commissions. After studying at the Birmingham School of Art, he apprenticed to a local die sinker who ensured William had a wide range of tasks. While some of the jobs were not particularly satisfying, the experience was to prove valuable in later years.

Taken on by the Mint

William next worked for a London die engraver, before returning to Birmingham at the age of 26 to work for the medallist Joseph Moore. Four years later he arrived at the Royal Mint, following the death of Leonard Charles Wyon. In 1893 De Saulles was gazetted as Engraver to the Mint, which effectively meant he did not hold a full-time post but was on a retainer. However, he did a considerable amount of work for the Royal Mint until his early death in 1903.

For us, George William de Saulles most pertinent achievement was his work on the dies for the 1893 Gold Sovereign and associated coins, designed by Sir Thomas Brock. This was the veiled head image of Victoria. The last Great Seal of Victoria in 1899 was entirely William’s work, and he also designed and engraved the dies for the new King Edward VII coins in 1902. De Saulles was part way through working the Seal of Edward VII when he died the following year, after a short illness.

Records don’t show the cause of his illness, but perhaps it was simply the strain of so much work. He was renowned for his prodigious output, producing more than 30 medals and seals – quite remarkable, bearing in mind designing and engraving are both painstaking, time-consuming processes. His work ranges from the commercially inspired to the commemorative, from the British Trade Dollar to the Queen Victoria Diamond Jubilee medal, and for military campaigns such as the highly regarded Ashanti medal of 1900. And of course, he also worked on many coins. De Saulles designed the Britannia seen on the reverse of bronze UK coins from 1895, and many colonial coins for British East Africa, British Honduras and India.

He was born George William de Saulles in 1862, in Aston Manor, Birmingham. The foreign sounding surname was the result of Swiss family origins, although two generations had already lived in Britain; his grandfather had been a Page in the Royal households of George IV and William IV, and his father was a glass merchant. Although he married in 1884, he had no children. Within his lifetime, William de Saulles was regarded as one of the greatest medallists and engravers, a reputation that surely would have been further enhanced had his life not ended so early.