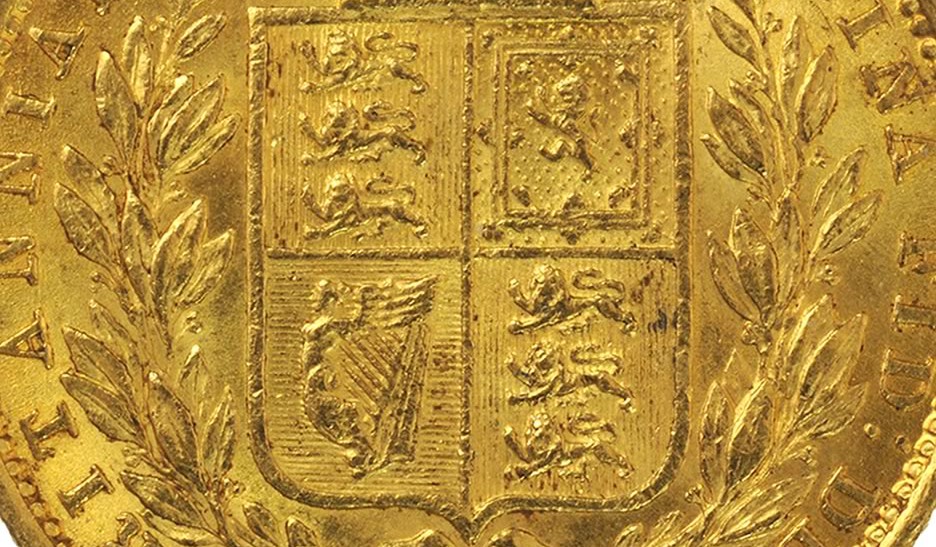 It’s probably true to say that Jean Baptiste Merlen was one of the supporting actors in the cast of the Royal Mint’s designers and engravers. But to be fair to Jean, he did work there during the period when two of the Mint’s greatest talents, William Wyon and Bernadetto Pistrucci, were at their most dominant.

Jean Merlen’s origins are somewhat hazy. Some accounts suggest he was born in Belgium, but the majority say he was born in France in 1769, of Flemish parents. He worked as a medallist in the Paris Mint, where his output including the 1804 medal celebrating the coronation of Napoleon as Emperor. Following Napoleon’s defeat in 1815 at the Battle of Waterloo, Merlen’s job (and in fact the future of the Paris Mint itself) looked uncertain, so he emigrated to Britain and looked for work in London.

Working at the Mint

Once again exact details of his employment at the time are sketchy, but it’s thought he started at the Royal Mint in 1820, on the recommendation of Pistrucci, whom he may well have met in France. Jean Merlen became Assistant Engraver under the Chief Engraver, William Wyon; Pistrucci was Chief Medallist. As an alien, technically Merlen wasn’t eligible for a full-time post at the Royal Mint, but this problem was bypassed by hiring him on a temporary basis, at four guineas a week.

The majority of Merlen’s designs for the Royal Mint were reverses. His sole obverse (or head) was that of King George IV, used on the Crown coin from 1821 to 1822, and the rare 1823 Two Pound coin. Pistrucci’s famous George and the Dragon was on the other side. The reason for Merlen providing the obverse design illustrates Pistrucci’s confrontational character. Pistrucci’s own design was disliked by the King, who preferred the portrait by Sir Francis Chantrey. Pistrucci however declared that he would not create a design based on the work of another artist, so it Merlen who provided the interpretation instead. It has to be said, the result is rather elegant.

Among Jean Merlen’s many designs for reverses are the crowned shield surrounded by a wreath, used for the King William IV half-sovereign produced from 1834 till the King’s death in 1837. This was subsequently used for the second Gold Sovereign of Queen Victoria’s reign, and for other coins including the Silver Crown and Half Crown. He also produced designs for lower value coins, including the shilling, sixpence and silver threepence, and the design used on the Maundy coins (handed out by the reigning monarch on the Thursday before Good Friday) from 1822 to 1887.

A return to Europe

Although Merlen’s designs continued to be used during the Victorian period, his employment effectively ended with the Queen’s accession to the throne. Perhaps the prospect of a large workload of designing and engraving the new Queen’s coins was too much – after all, by then Jean Merlen was 75. Details of his demise are as vague as those of his birth, but it’s generally believed he returned to either Paris or Brussels, where he died in 1850.