What is the most valuable gold sovereign?

What is the rarest / most valuable gold sovereign? 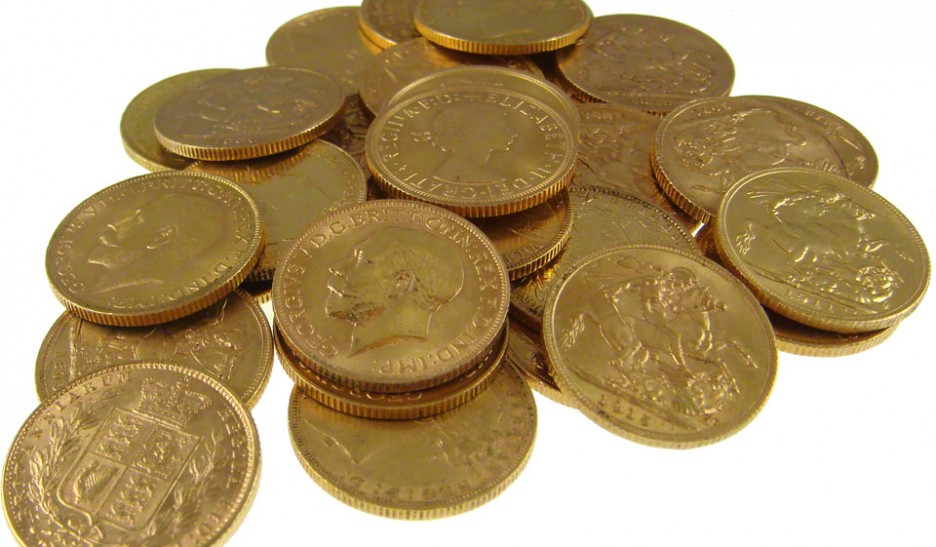 As you read this article, a standard, bullion grade gold sovereign is currently worth about £ 349.44  ($ 462.76  / € 450.79 ). However, some sovereigns are worth much, much more than this. This article takes a look at some of the rarest and most valuable sovereigns that exist.

Probably the most valuable gold sovereigns are those that a collector will never have the opportunity of acquiring, regardless of their budget. The first sovereigns struck following Queen Elizabeth II’s accession to the throne were those minted in 1953. Just  four proof coins are know to have been produced, along with accompanying Crowns, double and half-sovereigns. One set resides in the Royal Mint Museum, another with the British Museum and the final set with the Royal collection. As no set has ever been sold, it’s impossible to place a value on them. Update Jan 2015: In May 2015, St James’s Auctions will be auctioning The Park House Collection. Included in the sale is the only known 1953 Sovereign available to private buyers.

The rarest / most valuable sovereign available to collectors

During George III’s reign in 1819, 3,574 sovereigns were struck. Although not the lowest mintage run (that accolade goes to the 1923 Pretoria mint sovereign with just 406 being struck), only 10 examples are now known to exist. As a result of their scarcity, 1819 sovereigns command huge prices when they do come up for sale, even when in relatively poor condition.

It is believed that one proof version of the 1819 sovereign exists. However, its whereabouts is currently unknown and has not been seen for over 70 years. Suffice to say, if & when it does re-appear, its value is likely to be well in excess of £250,000.

Other rare and collectable sovereigns

There are many other dates that are rare and collectable. Here is a selection of the more scarce ones:

When determining their value, it’s not just sovereigns that were either minted in low numbers or where few survive today that collectors are interested in. As demand grew for newly minted sovereigns around the mid 19th century, the quality control in the production of new dies began to slip and errors became more common. Sometimes, the number ‘1’ in a date would be accidentally substituted for the Roman letter ‘I’, or a number ‘4’ would be placed upside-down. Only the keen-eyed collector is likely to spot such mistakes, but when found, a minting error can significantly increase the value of a coin. Take for example the 1880 Sydney mint shield sovereign. An easily obtainable date at standard sovereign prices for its age. However, if the word ‘VICTORIA’ on the obverse (heads) side uses an upside-down letter ‘A’ instead of a ‘V’, you could be looking at a 5-figure value!