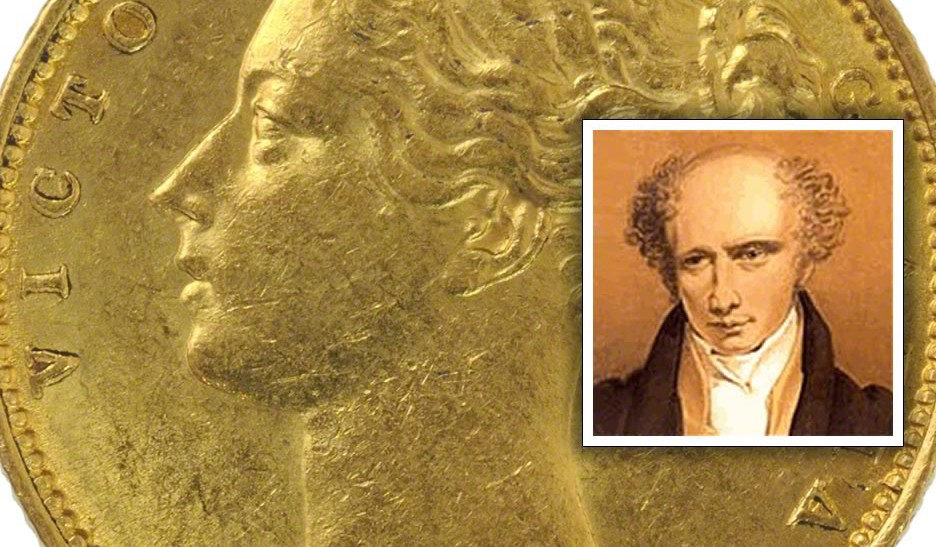 William Wyon was one of the most admired and prolific of all the Royal Mint’s engravers, and was Chief Engraver from 1828 to 1851. He came from a family of respected engravers and medallists, which initially proved a handicap when he first attempted to join the Royal Mint.

Encouraged by his uncle Thomas Wyon, who was already an engraver there, William applied to enter the competition for a vacancy as an engraver, only to be rebutted by the Master of the Mint, who refused to countenance having two members of the same family working together. William submitted his entry, a bust of King George III, in secret. Luckily the competition was judged by the artist Sir Thomas Lawrence rather than the Master of the Mint; William’s design was acknowledged as the best, and he was appointed as Second Engraver in 1816.

Not entirely in favour

Although William Wyon secured the post, he still had to contend with the Master of the Mint. William’s uncle Thomas was succeeded as Chief Engraver by his son, also called Thomas. When Thomas junior died, William expected to take over the role, but the Master of the Mint instead appointed Benadetto Pistrucci. However, William’s work was sufficiently highly valued for his objections to be taken seriously. William Wyon became Chief Engraver in 1828, with Pistrucci placated with the role of Chief Medallist.

His rapid rise to prominence was large based on his portraits of Queen Victoria. She first sat for him as a 13 year old, and subsequently for the portrait engraved by Wyon for her 18th birthday medal. It was his ‘young head’ of Victoria that is the best known; although it first appeared on coins for circulation in 1838, Queen Victoria liked it so much that it was 1887, when she was in her 60s, before she allowed it to be replaced. The ‘young Victoria’ was used on the Gold Sovereign from 1871 to 1887, when it was supplemented by the older ‘Jubilee head’. In fact for 1887 there were three Gold Sovereigns featuring Queen Victoria’s head: one with Wyon’s ‘young head’ and a shield design on the reverse, another with Pistrucci’s George and the Dragon on the reverse, and a third with that same design on the reverse but the ‘Jubilee head’ on the obverse.

On coins and stamps

William Wyon’s work also inspired the design on the famous Penny Black, the world’s first adhesive postal stamp. The stamp shows the head of Queen Victoria as sketched by Henry Corbould, who based his rendition on Wyon’s engraving for the ‘City’ medal, which commemorated the Queen’s visit to the City of London in 1837.

Admired by his peers

William Wyon produced many great works besides his Victoria portraits. Highlights include his 1817 Three Graces pattern crown, the seated Britannia and skilful engravings of George IV and William IV, based on the sculptures of artist Francis Chantry. He also designed a commemorative medal for the 1851 Great Exhibition, and the Naval General Service Medal. The consistently high quality of his work earned him recognition as an Associate and later Full Member of the Royal Academy. His unremitting work ethic may ultimately have led to William Wyon’s demise. In late 1851 he suffered what is now thought to be a stroke, leading to partial paralysis, and despite a move to Brighton to convalesce, he died on the 29th of October. His work, however, lives on, as does his standing as one of the most diligent and dedicated of all the Royal Mint’s Chief Engravers.