The obverse design is by Ian Rank-Broadley and the reverse by Paul Day . 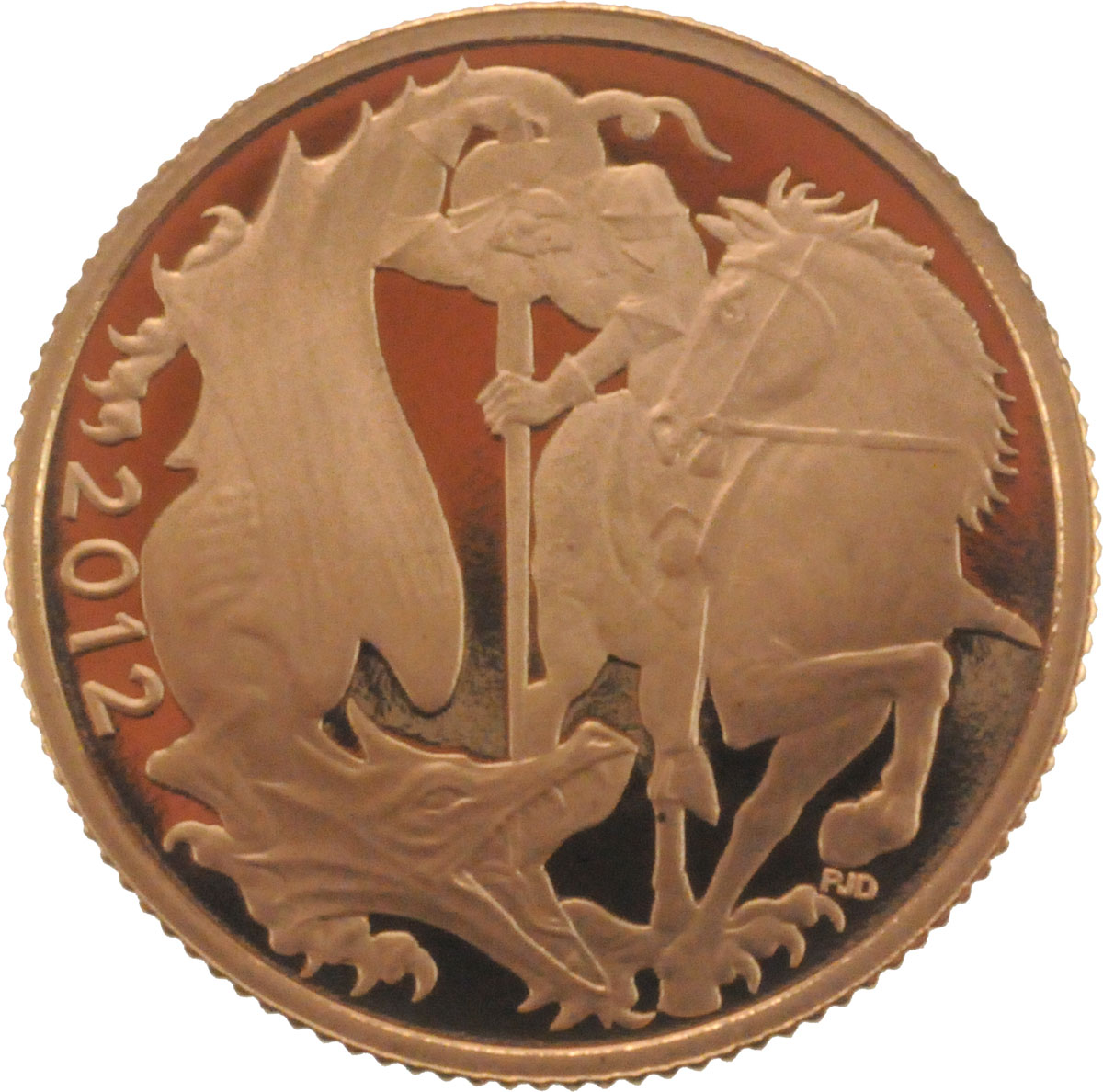 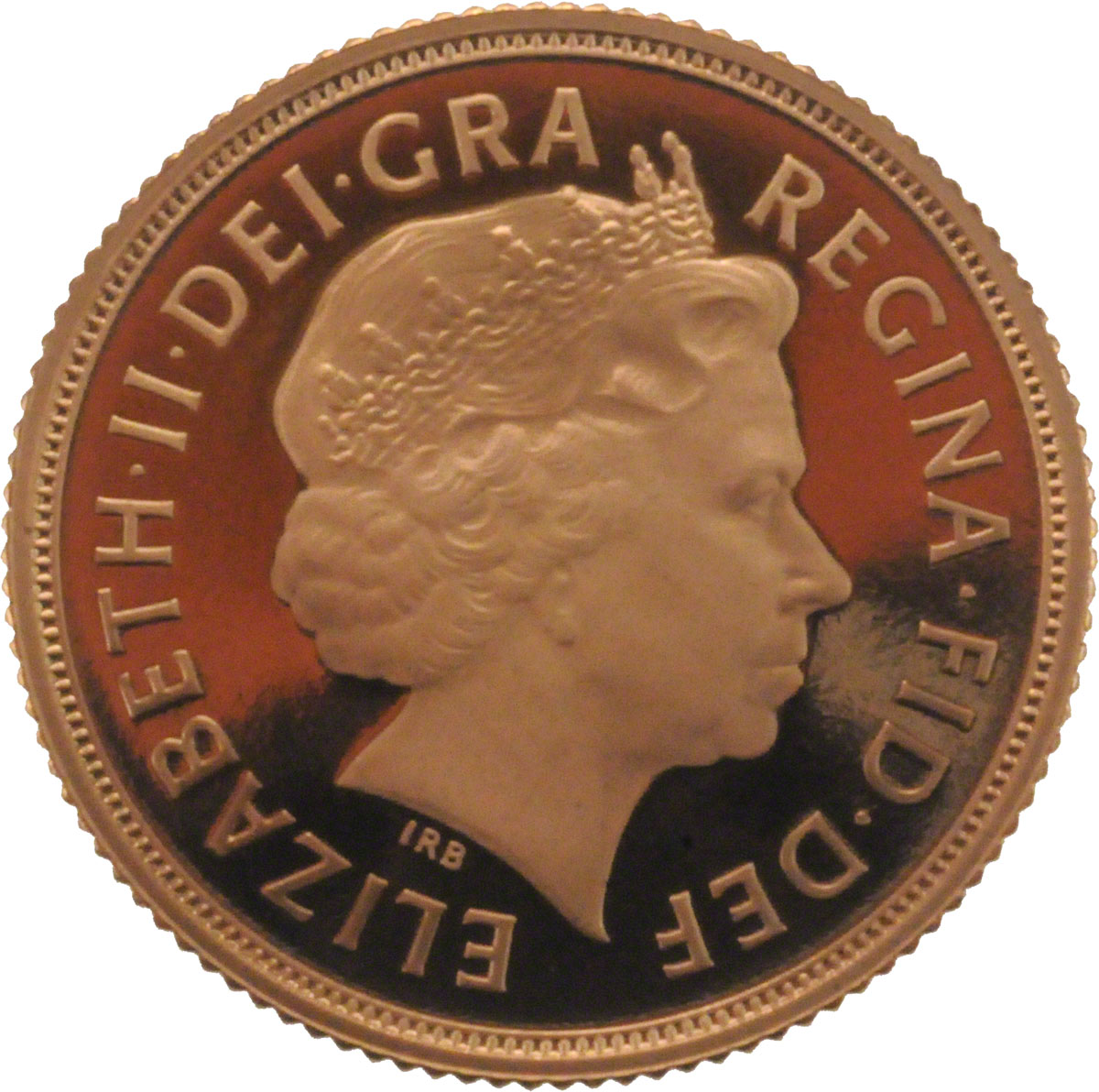 The 2012 gold Sovereign celebrates the Diamond Jubilee of Her Majesty Queen Elizabeth II, whose reign began on 6 February, 1952.

The modern interpretation of St. George and the Dragon has divided opinion, with traditionalists rather less receptive. Other commentators have welcomed the design but expressed disappointment that it was not accompanied by a new portrait of Her Majesty for the obverse; the Mint chose to retain Ian Rank-Broadleys's design.

One aspect that experts are agreed on, being a single year commission, the 2012 gold Sovereign is a 'must have' in any serious numismatist's Sovereign collection.

The designer, Paul Day, opted for a medieval Arthurian version of St. George. The dragon is more threatening than Pistrucci's depiction. Arthur's lance, plunging into the dragon's head, divides the design in two.

Day explains; "I have chosen to opt for a romantic version of the St. George and the dragon theme, a medieval knight of Arthurian legend, something quite traditional and true to our culture. I have given the dragon a more threatening attitude and size, so that it represents a real menace. Its wings have a harp-like quality, in contrast to the realism of the knight and horse, while the lance divides the surface it two.

I have deliberately made it highly charged and busy and have left very little empty space to make the reverse as engaging as possible."